Back to all posts

Can you sing? The story of a vulnerable child and a valuable lesson.

Recently I was doing an interview to promote my new instrumental album when I was asked the question: “Can you sing?”

So, let’s go deeper. Why am I not a singer? I understand melody, harmony, and should be able to carry a tune. And hell, I have long blonde hair, so I’m almost a lead singer already!

Well here’s the deal. When I was a child I was very shy. But still, I sang – a lot. I have photos (somewhere) of myself at Christmas in my onesie singing through a children’s record player/microphone combo I just received as a gift. And I remember clearly that I was singing Spaceship Superstar by Prism, over and over. I didn’t care what anyone thought, but my family were very supportive of my musical interest. If I had kept singing, I would probably be in a very different place today, professionally speaking. Within a year, I abandoned singing, and started taking drum lessons. I stopped singing because of an incident with a horribly cruel and inept grade three teacher. This was a somewhat repressed memory that I never completely forgot, but only recently understood the impact it had on my life.

This incident occurred during what was considered to be a free time period during class, where students were able to quietly talk, draw, or work on what they wanted to. I was probably goofing around like everyone else, but I was most assuredly doing it quietly. The teacher, a loud old woman, screamed (and I mean SCREAMED) my name. She continued to scream, telling me to stand on my desk. I didn’t know what I had done, but an undersized, 8 year old Darren was terrified, so I stood on my chair (connected to the desk). She screamed at me to get on TOP of the desk. So, I did. She said now, if you want to sing, then sing for the whole class! At this point, I understood – the kid behind me (a girl) was singing in a silly voice, and the teacher must have thought I was the culprit. Even so, it was still no excuse for her behaviour.  I tried to explain the mistake, but she kept screaming at me, in front of the class, while I cowered on the top of my desk. I was crying, and am not one to accept injustice, so I told her to go F#@* herself along with whatever other colourful expletives I knew. Obviously this did not stop the screaming, and I was sent to the office and my parents were called. My parents knew full well that I was a shy kid and I would have to be pushed to the brink to get that kind of reaction, so they didn’t punish me. Every single class I had with this teacher from that day forward was met with the same malicious bullying, and I never understood why.

Halfway through the school year, my family moved from Acton Ontario to the Ottawa area. I left behind that teacher, but not the effects of the unfortunate and totally avoidable experience.

I want to clear about the reason I decided to tell this story - Teachers are so important to the development of children, and really good teachers should be valued and held in high regard. Bad ones like that should be weeded out.

I’m not playing the victim here; I’ve gone on to have an exceedingly fulfilling life. And hey, maybe it’s not too late to croak out some vocals? Either way, I’m thrilled to still be here, cranking out guitar riffs, and to have become a teacher myself. I teach music to kids - with patience, enthusiasm – and NO screaming or bullying. 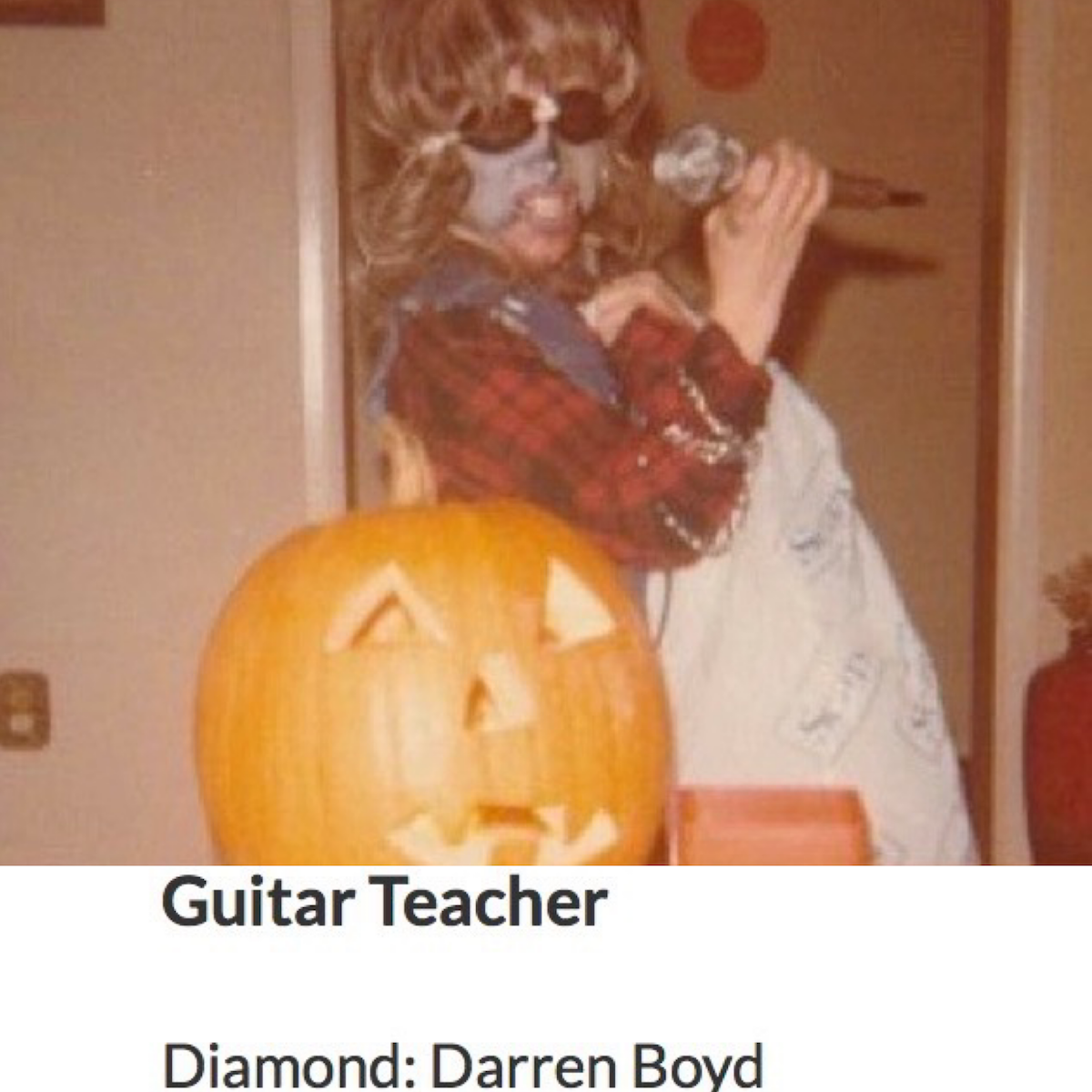